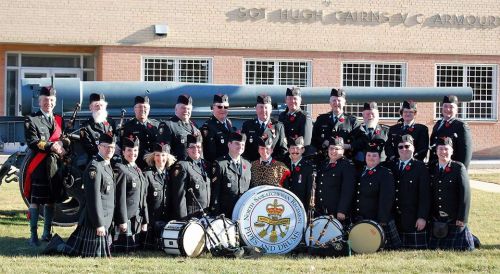 The Pipes & Drums of the North Saskatchewan Regiment have participated in numerous functions since being officially recognized by the Department of National Defence in 1958, with a band establishment of thirty personnel.

Based in Saskatoon, Saskatchewan under the command of Pipe Major Sandy Campbell, the North Saskatchewan Regiment, comprised mostly of volunteers and a few enlisted members, is active in the community and participates in military and civilian parades.

The band is affiliated with the Canadian Armed Forces and committed to duties, mostly ceremonial, supporting the Unit. We are proud to be volunteers as part of the Regiment.